Join us for this Fireside Chat with Steve Koonin, President & CEO of the Atlanta Hawks & State Farm Arena.

Join us in person at Atlanta Tech Village on May 10th for an exclusive conversation with Steve Koonin, President & CEO of the Atlanta Hawks & State Farm Arena.

Steve, a lifelong Atlantan who led three iconic local brands – The Coca-Cola Company, Turner Broadcasting, and Atlanta Hawks – will chat with Aly Merritt, Managing Director of Atlanta Tech Village, about innovation, customer experience, embracing change and building company culture and brand. Don’t miss this unique opportunity to speak to one of the most influential and impactful leaders in Atlanta. 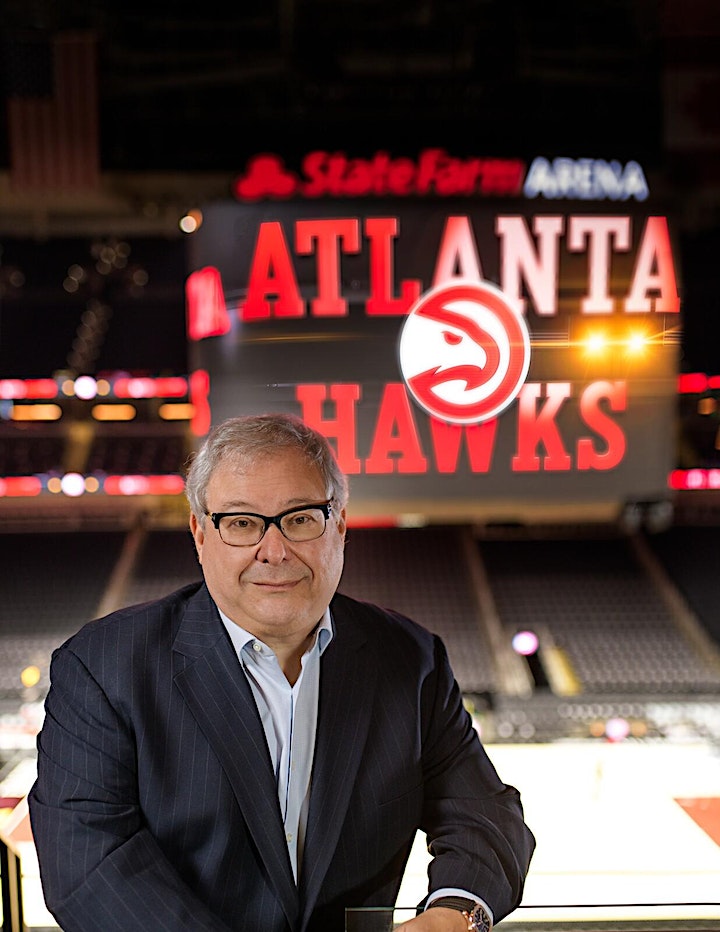 As a life-long Atlantan who has led three brands synonymous with the city, Steve Koonin was named President & CEO of the Atlanta Hawks & State Farm Arena in April 2014. In his role, Koonin oversees all business, financial and strategic operations. In August 2020, Koonin was presented the Lifetime Achievement Award from the Atlanta Sports Council.

Under Koonin’s leadership, the Hawks have transformed their brand, building and presence in Atlanta. The recently-renovated State Farm Arena has been ranked first in the NBA for “Overall Game Experience” as well as being named by Pollstar as the “Best New Concert Venue in the United States”. Additionally, during Koonin’s tenure, the Atlanta Hawks have used innovation and strategic partnerships to “Build Bridges through Basketball” and reimagine the Atlanta Hawks Foundation, which has forged authentic and meaningful relationships with Atlanta communities and provided for the underserved in their greatest times of need. He provided the vision and has spearheaded the transformation of the award-winning State Farm Arena to become Georgia’s largest-ever polling location, becoming the first team in professional sports to convert their venue into a polling precinct for the 2020 General Election. Additionally, during the COVID-19 pandemic, Koonin led the organization through a partnership with Goodr, Inc. which provided more than 277,000 meals to Metro Atlantans.

In 2015, the Hawks also fulfilled their pledge to build 25 state-of-the-art basketball courts in five years in disadvantaged communities. By the end of 2019, the Hawks created 27 courts which provided more than 250,000 area youth access to the sport of basketball in a safe and fun way.

The team has continued to grow their fanbase and appeal to the next generation of Hawks fans. The Hawks became the first franchise in the city to own an esports team, entering the NBA 2K League with Hawks Talon GC in 2018 and in 2019 the College Park Skyhawks, an NBA G League franchise, made their debut, playing their games on the southside of Atlanta at the Gateway Center @ College Park.

Koonin, a longtime entertainment and marketing veteran, joined the Hawks after spending the previous 14 years with Turner Entertainment Networks, most recently serving as the division’s president. Prior to his stint at Turner Broadcasting, Koonin helmed the marketing and worldwide advertising operations at The Coca-Cola Company, where he spent over a decade.

Koonin is a longtime entertainment and marketing veteran with marquee brands headquartered in Atlanta. Prior to joining the Hawks, Koonin spent 14 years with Turner Entertainment Networks and helmed the marketing and worldwide advertising operations at The Coca-Cola Company, where he spent over a decade. A lifelong resident of Atlanta, Koonin serves as the Chairman of the Board for the Georgia Aquarium, is on the boards of Rubicon and the Fox Theatre and is an Executive Committee Member of the Metro Atlanta Chamber of Commerce. In addition, WWE® recently elected Koonin to its Board of Directors.

Among his many accomplishments, Koonin is a former recipient of SportsBusiness Journal Sports Executive of the Year, and has been named one of: The 100 Most Influential Atlantans by Atlanta Business Chronicle; Atlanta Magazine’s Most Powerful People Shaping Atlanta; Entertainment Weekly’s Smartest People in Television; and was selected for The Power List by TV Guide.